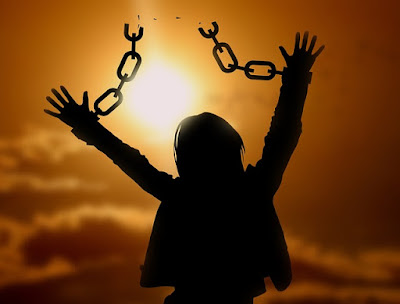 This text from the Haggadah begs the famous question, “Really?” That is to say, ancient Egypt is long defunct.  Had we really not been taken out by G-d at that time, probably we would have eventually gotten out of that jam when Egypt was conquered by the next up-and-coming world power. So what is the Haggadah talking about here? The famous answer is that we are not talking about physical freedom, but about spiritual freedom, which, after all, is what Judaism is all about.  Had we not been saved from Egypt, we would have completely assimilated and lost our Jewish identities, our Jewish selves, our Jewish missions.

The impact of the environments we live in and of our surrounding cultures cannot be taken lightly.  Though we were nearly lost in Egypt, Jews have remained Jews through the worst physical persecutions.  Jewish identity in America today is more threatened than it was for centuries in Poland under oppressive regimes and crushing poverty, until the Enlightenment opened up new avenues for Jews into European society and assimilation began en masse.

Modern Western culture may share more with ancient Egypt, however, than with the Europe of recent history. The linguistic root of the word “Pharaoh” in Hebrew means “wild, let loose, shameless.” When we say we would still be slaves to Pharaoh, we indeed mean a spiritual slavery, a slavery of our soul to our baser instincts. One can be free to move about as he pleases and still be acting more out of compulsion than contemplation.  If you aren’t sure how to understand this idea, ask someone who’s addicted to drugs, or alcohol, or better yet, internet pornography – they’ll tell you what it’s like to be enslaved to the power of desire.

Our society today aggressively pushes a life of the body over the mind, let alone the soul.  Our girls are taught that their only value is in the shape of their physique, and that only one kind of shape is acceptable.  They are sexualized at younger and younger ages and are being taught how to flaunt that sexuality front and center, rather than channel it for meaningful ends.  Meanwhile, our boys continue to learn that their greatest worth comes from the conquest of women, and society continues to give them a “presidential pardon” when they engage in such conquest by force or coercion.  They are stars when they are celebrities and athletes, and are thus given a pass on all kinds of ignoble behaviors.

This is nothing you don’t already know. But have you stopped to think lately about how you too are a part of this shamelessness? How society has dragged you just a little bit further in than you’d like or care to admit?  Here’s one way I’ve discovered in which I am part of the problem rather than the solution.  Like most everyone else, when I come home to find my daughters dressed for Shabbos, or ready for a wedding, or wearing an outfit I haven’t seen before, what’s the first thing I say? “Ohhh, beautiful! You look so pretty!”  Don’t we all, upon visiting our friends and siblings, greet their daughters by commenting on how nice they look?

Granted, it is a little awkward to suggest opening up with “Ohhh, you are clearly very diligent and analytical!” First impressions inherently do not lend themselves to seeing beneath the surface.  But that doesn’t mean that focusing on the surface is a wise alternative.  If the first thing your children hear from you concerns their appearance, what are they to assume is your priority? Worse, what if you never do comment on their qualities of character or intelligence?

So I’m going to aim for a change. I’m done with being a part of enslaving my girls to the tyranny of cultural pressures.  I want my children to grow up knowing that the most valuable part of themselves is not how they look (and even less how others think they look), that freedom is more about choosing the right values and not the right shoes, and that ultimately their bodies are not what is most valuable about them, but rather merely a vessel to express that which is. 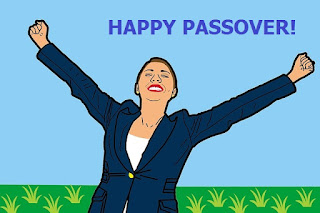 Postscript: Admittedly, alternatives to commenting on our children’s cuteness aren’t so easy to come up with.  Here are some of my ideas. Would love to hear some ideas from you in the comments!

Posted by Raffi Bilek at 3:03 PM No comments: Links to this post