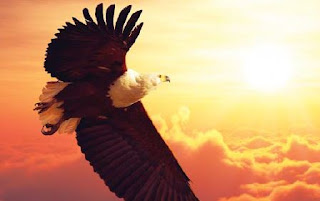 Yesterday an article was published in Hamodia magazine that could probably be fairly described as “unprecedented.”  The author writes about the importance of being watchful for the signals and red flags of child sexual abuse, based on a conversation with R’ Elya Brudny.  The article appropriately contains not only exhortations to awareness but also a Torah perspective on the problem.

I am not a regular reader of Hamodia, but I am guessing that this is the first time they have published something so strongly worded about the important of dealing with child sexual abuse in our community, let alone by a highly respected Rav.  (If I am wrong about this, please forgive me; it will not, however, affect the point of this post.) In this regard, it is a great step forward and an encouraging sign of future gains.


However, there is something that really bothers me about the article.  It turns out that not once in the article is the subject matter actually identified.  The words “sexual” and “molestation” are entirely absent from the article, and the word “abuse” appears only once in the context of drugs.  I believe that this is a grave error: what the article is effectively saying is that we need to be aware of the problem – but we still don’t talk about it.  We want it to go away, but we won’t say exactly what it is, ostensibly out of a misplaced insistence on tznius.


Even if clarity is not compromised, even if we all know what we’re talking about – it still won’t do to avoid using candid and unambiguous language in this matter.  Because you and I might know what we’re talking about – but when we try to educate our children in the same mode, can we really be sure they’ll understand what we mean by people who “act in inappropriate, dangerous ways to children?” More damaging yet, what is the message to the poor souls who have already been victimized?  It is that we don’t want sexual abuse to happen, but if it did, we don’t really want to hear too much about it.  It’s not something we talk about.  This message yields the same silencing effect that the article purports to reject.


How can we prevent a problem whose name can’t even be mentioned?  It brings to mind a morbid version of the game Taboo (clearly appropriately named).  Try teaching kids about smoking without using the words “smoke,” “cigarette,” “tobacco,” “nicotine,” or “addiction.”  It’s a losing proposition.  We will not be able to effectively combat the problem if we are unwilling to say the words.  Is it a loss? Certainly.  I wish we lived in a time and place where children didn’t need to be educated in this way.  But we don’t, and they do.  We can’t prioritize purity of speech over the well-being of countless children.  And that is exactly what Hamodia is doing by refusing to use words that name the problem for what it is.

Hamodia is scaling mountains by publishing an article on the issue of child sexual abuse.  But they’ve got their foot on the brakes all the way up.
Posted by Raffi Bilek at 2:09 PM