Last night I was fortunate to be able to attend a Q&A session with noted Rosh Yeshivas R’ Aharon Feldman and R’ Reuven Feinstein.  It was an illuminating session, in addition to being unexpectedly quite funny.  One of the questions posed was a very broad question on what the keys are to a successful and long-lasting marriage. R’ Feldman offered an answer without skipping a beat, followed by an addendum from R’ Feinstein. I thought I would share their comments here.

R’ Feldman suggested three points that he feels form the basis for a solid marriage.  First, mutual respect – spouses who are not respectful towards one another cannot expect to have a fulfilling marriage.  Second, control what you say.  Words can be very damaging and a person has to be careful not to throw things out there that can’t be taken back  Third, gratitude.  A person should think about the very many things their spouse does for them and recognize that they far outnumber the perceived offenses.  Even just being married is something we should be grateful for.  It would be terribly sad if a person were 45 years old and still single; we should be grateful to our spouses for saving us from that.  (I wish I could elaborate more on the these, but his response was fairly concise.) 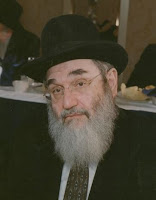 R’ Feinstein then added on that a person should avoid using the words “always” and “never,” as in, “you never change” and “you always do the same thing.”  His point seemed to be less about the unfair generality of such a statement and more about the necessity of letting bygones be bygones.  He compared it hypothetically to a person coming before HaKadosh Baruch Hu on Yom Kippur and doing teshuvah on some particular transgression. The next year he comes back and has to apologize for the same thing, and G-d gets annoyed. On the third year, G-d rejects him entirely, saying, “Didn’t you come for this the past two years?”  Obviously, this doesn’t happen.  So too, indicated R’ Feinstein, we should not be going back to our spouse’s past mistakes. Once s/he does teshuvah, that’s it- we accept it and move on.  He explained that by the Yom Kippur service of the Kohen Gadol, his wife is referred to as beiso, not ishto.  Why with beis and not alef?  The beis, explained R’ Feinstein, is closed on 3 sides – you can’t look back, only forward.  So too, with one’s wife, one should not look back to old grievances.  Once there’s teshuvah, it’s over.
Posted by Raffi Bilek at 10:55 AM

Email ThisBlogThis!Share to TwitterShare to FacebookShare to Pinterest
Labels: marriage