I thought this was a powerful article about effect we as parents have on our children.  Check it out: 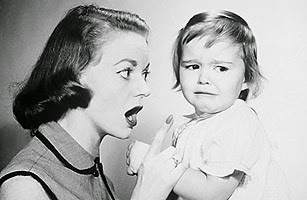 Young adults who had been criticized, insulted or threatened by a parent growing up were more likely to be anxious or depressed, in a new study.

Even when the same or another parent expressed plenty of affection, researchers found the apparent harmful effects of having a verbally aggressive mother or father persisted   . . .