One of the points I often make when talking about marriage is the critical importance of not talking about something that made you madright after it happens.  You cannot possibly accomplish anything productive at that moment and you can only make things worse. So let me tell you a story.


A few days ago, my wife did something that absolutely infuriated me.  I was totally incensed.  I couldn’t believe she had had the poor judgment to do what she did.  When the actual incident occurred, she wasn’t there – she had set things in motion from elsewhere – so right after it happened I started thinking of all the angry, nasty things I wanted to say and/or do.  And I didn’t move.  I allowed myself to spend some time fuming and stewing, but I firmly told myself I would not actually say anything until the next day.


Many ideas came into my mind. Sharp, angry rants, clever passive-aggressive maneuvers, or plain old blowing my top.  But I didn’t move. I didn’t open my mouth. I told myself I could better deal with it the next day.


I waited all day the next day without whispering a word about it.  Eventually, that evening, we had a calm moment in the car where we could speak. In a very calm voice, I told her what had happened that upset me and that I was very angry with her for causing it. I expressed shock at her lack of judgment.


She acknowledged her mistake.  She accepted my anger.  She apologized. And then we were done.  I no longer needed to get back at her, or yell, or blow off steam.  It was okay.  She got it. 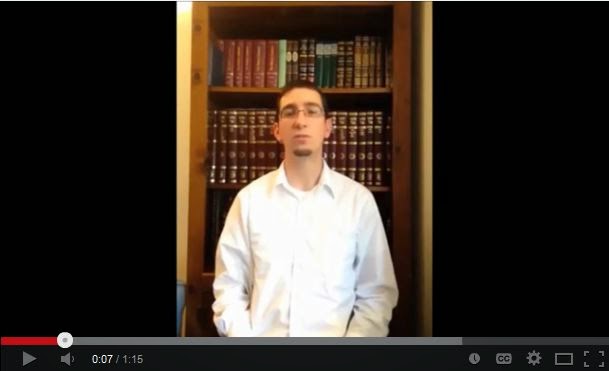 So I do practice what I preach.  And I continue to preach it, because it works.  This incident could have caused a huge ruckus, a lot of anguish, a distancing in the relationship – but instead, it passed over uneventfully. As a matter of fact, it even brought us closer, because it provided yet another demonstration that we can share our anger with each other, that we can make mistakes, and that whatever the problem, we have a way to address and resolve it.
And you can learn to do it too. Step one: don’t talk about something that made you mad right after it happens!


Postscript: I wonder if many readers are thinking, “Well, that’s all well and good, but the problem is that my spouse would never just apologize. S/he always has to argue/be defensive/get mad/etc.”  In the next post I hope to write a little bit about how to make your relationship a place where that doesn’t have to happen, and where both parties can feel safe both expressing anger and offering an apology.
Posted by Raffi Bilek at 12:29 PM No comments: Links to this post

FrumCounselor has moved to Baltimore!

I have left New Jersey for the Baltimore area. I am still seeing clients around the world on Skype, but in-person meetings are now in Baltimore. Hope to see you soon!
Posted by Raffi Bilek at 4:40 PM No comments: Links to this post

Parenting Help for the Common Parent

The following is a true story. 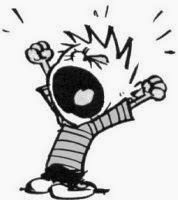 My three-year-old was having a little attitude attack as my wife and I were trying to coax her into joining me in bed for a nap.  She was loudly insisting that my wife obey her every command.  “DON’T GO THERE! TAKE THIS! DON’T MOVE!” As Mom casually went about her business in spite of these directives, the little one got increasingly upset, and a tantrum started to boil.


What would you have done?


Some people might have tried reasoning with the child, explaining why yelling is bad, or napping is good.  This approach may be successful here and there, but the truth is that three-year-olds don’t have much of a sense of logic, and trying to reason with them often leads to frustration on the part of both parties.  In general I would not recommend reasoning as the method of choice at this age.


Others might simply have gotten angry and yelled, or perhaps spanked.  You can muscle your way into compliance, but it’s not a great long-term strategy.  This is because children become habituated and are no longer deterred by the same levels of force and anger, and also because they age, meaning that after a certain point they’re bigger than you anyway.  Additionally, yelling is usually what you do when you have lost control, and that’s not where you want to be, parenting-wise.


I chose to employ a classic and indispensable parenting technique, namely, distraction.  Read on:


“Mommy,” I said sweetly, did I ever tell you about the time I went to the jungle?” Mommy looked at me skeptically, but played along. “No Daddy, what happened?”  Meanwhile, the revved-up three-year-old was still pointing at my wife a grimace that would curdle milk.  “Well, I saw LIONS in the jungle!  They were big and scary and they had big manes!” Mommy kept it up: “Really, Daddy?” “Oh yes.”  The grimace lightened ever so slightly, almost unnoticeably.  “And you know what else I saw? MONKEYS.  There was a daddy monkey, and a mommy monkey, and a baby monkey!”


In the blink of an eye the grimace was replaced by a look of genuine concern: “Where was the sister monkey?” she questioned urgently, turning towards me.  “Oh, she was out playing. And what do you think she was playing? Come over here and tell me!” I opened my arms and beckoned to her from the comfort of my bed.  And she toddled right into my embrace and lay down as she thought about it.  “Go Fish!” she concluded.  I carried on with my story, naming animals I had seen in the jungle and garnering her input as I went.  (Note: I have never actually been to the jungle, and you don’t have to have been either to make this technique work for you.)
Some lessons to learn from this incident: first of all, distraction is a great technique to prevent/avoid tantrums, arguments, and other typical unwanted behaviors your three-year-old has in his/her repertoire.  Second, distraction might mean more than just pointing out the window and saying, “Look! A bird!” – although that is certainly something that works too at times (usually if the situation has not heated up so much yet, or if your young one particularly loves birds, or if there’s actually something really unusual out the window to see, like if the bird in question is, say, an emu).


Finally, you see from this story that you don’t even have to be terribly creative.  The trick is grabbing the child’s interest.  Your child is probably interested in many of the same things mine is – animals, trains, water, and so on.  Cite those things in a story (which obviously does not need to be of literary quality, or even realistic), a question, or a list to shift your child’s focus.  Anyone can pull this off – give it a shot!


Will this technique always work?  Of course not.  It’s just one of many tools you can try.  No tool will work every single time, but as you read above, a good distraction maneuver can be surprisingly effective.
Posted by Raffi Bilek at 3:50 PM No comments: Links to this post